What you need to know – employment law changes 2020 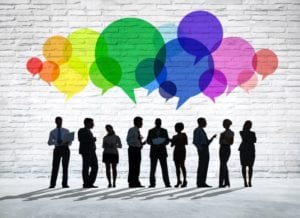 ​Employment law changes – what to be aware of?

Due to the Coronavirus there have been some employment law changes but you should be aware that there are other changes due to come into affect in April 2020.

A bill containing a wide-ranging set of provisions giving the Government temporary emergency powers to respond to the Coronavirus pandemic by regulation was debated in Parliament on 23 March and became law on 25 March. One set of regulations, the Health Protection (Coronavirus) Regulations 2020, bring into law some of the employment measures already announced by the Government. The Government now has the power to make further regulations that will allow:

Other measures include a new statutory right to take emergency volunteer leave to help in health or social care for workers certified as appropriate by a local authority, the NHS, or the Department of Health, and working in businesses with 10 or more staff.

Workers can take the leave in blocks of two, three or four weeks and may take one block of leave in any volunteering period. The first 16-week period begins on the day the legislation takes effect.

Volunteers must give three working days’ notice of their intention to take the leave. There are no provisions allowing employers to refuse it. The leave is unpaid but a fund will be established to compensate volunteers for loss of earnings, travel and subsistence. All other terms and conditions other than salary continue during the leave and the volunteer has a right to return to their own job.

The Act also gives the Government the power to restrict events and close down business premises where needed to prevent the transmission of Coronavirus, or to avoid the deployment of medical or emergency staff.

The legislation is limited to two years’ duration, although this period can be lengthened or shortened as required, and the measures within it can be brought in, suspended and reactivated in response to current needs.

The government announced a temporary relaxation of the rules on carrying over untaken holiday on this date in response to the Covid-19 emergency. The Working Time (Coronavirus)(Amendment) Regulations 2020 allow workers to carry over leave they were unable to take due to the Coronavirus outbreak into the next two leave years. The relaxation of the rules only applies to the four weeks statutory leave under EU rules. The UK’s extra 1.6 weeks’ leave can still only be carried over into the next leave year.

Acas guidance says reasons for being unable to take leave could include:

The amended regulations have immediate effect.

From this date, the National Living Wage for workers aged 25 and over rises to £8.72 an hour. The new rates were announced on 31 December 2019 and follow the Low Pay Commission’s recommendations.

Private and voluntary sector employers in England, Wales and Scotland with at least 250 employees are required to publish information about the differences in pay and bonuses between men and women in their workforce, based on a ‘snapshot’ date of 5 April each year, under the Equality Act 2010 (Gender Pay Gap Information) Regulations 2017. The third set of reports are due by 4 April 2020. Similar reporting requirements apply to larger public sector employers (see above).

Coronavirus (COVID-19): the Government has announced a suspension of enforcement measures on gender pay gap reporting for 2019/20 in view of the unprecedented pressures businesses are currently experiencing.

Agency workers: In the ‘Good work plan’, published in December 2018, the government made a commitment to abolish a legal loophole known as the ‘Swedish derogation’ in the agency worker rules. This allowed agencies to opt out of equalising the pay of agency staff with the permanent workforce, when the worker had been with the same employer for more than 12 weeks, by paying agency workers between assignments. The opt-out ceases on 6 April 2020 when the Agency Workers (Amendment) Regulations 2019 come into force.

Agency workers also become entitled on this date to a ‘Key information’ document, specifying what type of contract they are on, their rate of pay, how they will be paid and by which company.

Annual leave: The government is lengthening the reference period for determining an average week’s pay from 12 weeks to 52 weeks from 6 April 2020 – see the Employment Rights (Employment Particulars and Paid Annual Leave) (Amendment) Regulations 2018. The reform is intended to improve the holiday pay for seasonal workers, who tend to lose out over the way it is currently calculated.

Statement of terms: Both employees and workers must receive a statement of ‘written particulars’ (basic employment terms and conditions) as a day one right from this date (see Part 3 of Employment Rights (Miscellaneous Amendments) Regulations 2019). Both became entitled to an itemised payslip on this date last year.

NMW ‘naming and shaming’ The government is resuming the public naming of businesses that don’t comply with the National Minimum Wage regulations from this date, while raising the threshold at which this occurs from £100 to £500 in payment arrears. Fines still exist for underpayments of less than £100.

Other changes to the regulations being introduced on this date include:

The government is also promising better guidance on the NMW, more compliance support for small businesses, and a helpline for employers operating salary sacrifice or other pay deduction schemes.

For more information and levels of other rates, see Statutory rates and compensation limits page.

On the same date, the Vento bands for calculating injury to feelings awards in discrimination claims for England and Wales increase as follows:

Parental bereavement leave and pay.  On 23 January 2020, the Government announced that the Parental Bereavement (Leave and Pay) Act 2018 will be coming into force on 6 April 2020.

The Act, which became law in 13 September 2019, gives employees who lose a child under the age of 18, or suffer a stillbirth from the 24th week of pregnancy, on or after this date, the right to two weeks’ leave. Regulations specify that the two weeks’ leave may be taken as one block, or as two non-consecutive one week blocks, at any time during the 56 weeks following the child’s death.

The leave will paid at the same statutory rate as other family friendly rights (see our Statutory rates and compensation limits page) if the employee has 26 weeks’ service. Employed parents are already entitled, as a day one right, to take a reasonable amount of unpaid time off to deal with emergencies involving a dependent, including dealing with a dependent’s death.

Extension of IR35 to private sector – postponed. On 17 March 2020, the government announced that it was postponing the rollout of the new off payroll working rules (known as IR35) to the private sector until 6 April 2021. The government emphasised that this was a “deferral, not a cancellation” in response to the Coronavirus situation, and that it remained committed to the policy of ensuring that those contractors working like employees pay the same tax as employees.

The IR35 rules prevent contractors working through Personal Service Companies (PCS), and performing similar roles to employees, paying less tax and NICs than if they were permanently employed by the client organisation. When the rules were introduced in 2000, contractors themselves assessed whether IR35 applied to them. In April 2017, responsibility for deciding whether contractors’ working in the public sector were caught by IR35 switched to their employers, and those organisations also became liable for deducting the right amount of tax and NICs from fees paid to the contractors’ PSCs.

From 6 April 2021, this responsibility applies to all private sector employers that in a tax year have:

Prepare for changes to the off-payroll working rules (IR35), and draft regulations and a further consultation in 11 July 2019.

The regulations apply to businesses with 50 or more employees in the UK, and the changes are being introduced under the ‘Good work plan’.