National Insurance rise reversal – how will it affect my business?

What is national insurance? 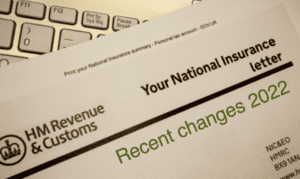 National insurance is the tax paid on earnings by employees and employers and paid by the self-employed on profits.

It was introduced in 1911 to support workers who had lost their jobs or needed medical treatment and later expanded to fund the state pension and other benefits and contribute towards the NHS.

The government is reversing the 1.25p in the pound rise in National Insurance (NI) introduced in April. NI will now go back to 12% from 13.25%. This was announced by the chancellor Kwasi Kwarteng on the 22nd September.

Employees under pension age who earn less than £12,570 a year, the move will make no difference – because they don’t pay NI.

How much will employees save in the first year from November on annual earnings? 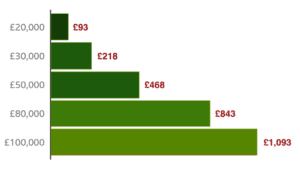 It is possible to fill these gaps by making Class 3 Voluntary contributions which are currently £15.85 per week or by way of an entitlement to National Insurance credits.

As part of the new Health and Social Care Levy, there have been changes implemented for the other classes of National Insurance which affect employers and the self-employed.

Rates of tax on dividends have also been increased by 1.25%, mainly to align owner managed businesses who remunerate owners through dividends.

For more information please visit go to the Gov.uk website. Please note there is no change to the Secondary threshold (the point employers pay NI) so employer NI costs will not change.

The government has also published an online tool to help employees estimate how these changes will impact them.