What is groupthink? and how to avoid it. 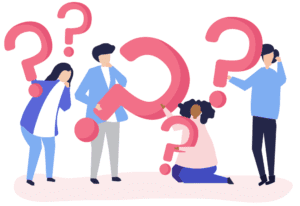 Have you ever thought about speaking up in a meeting and then decided not to because you didn’t want to appear unsupportive of the group’s decisions and efforts?

Have you led a team in which the team members were reluctant to express their own opinions?

If the answer is yes to the above, then you have probably been a victim of Groupthink.

Groupthink is a term that was developed by social psychologist Irving Janis in 1972 to describe suboptimal decisions made by a group due to group social pressures. It is a phenomenon in which the ways of approaching problems or matters are dealt by the consensus of a group rather than by individuals acting independently.

Groupthink occurs when a group makes faulty or ineffective decisions just for the sake of reaching an agreement.

The explosion that destroyed the Challenger space shuttle after an o-ring seal failed is an example of groupthink. The spacecraft crashed in 73 seconds, killing all seven people aboard.

The engineers at NASA knew the o-ring was vulnerable to this kind of catastrophic failure. However, no one wanted to speak up and ground the shuttle until they could fix the problem.

How to Spot Groupthink

Irving Janis suggested that Groupthink happens when there is:

It is now widely recognised that Groupthink-like behaviour is found in many situations and across many types of groups and team settings and therefor important to look out for the key symptoms.

Group members view the lack of questions regarding their decisions as a sign that everyone in the group agrees with them. The sense of a unified front makes it harder for others to present a dissenting opinion.

Individual members act as self-appointed gatekeepers, shielding the group leader and other members from different opinions. They keep out any outside influence that might negatively impact group identity.

Groupthink encourages group members to dismiss any outside information, especially warnings or criticisms. Paying attention to this information might make them think deeper about or reconsider their opinions.

Victims of groupthink will repress any ideas or opinions that put them at odds with the group. They may even come to doubt their thoughts and beliefs.

In-group members may argue with and verbally abuse out-group members for their dissenting opinions. Negative biases, which paint them as ignorant, weak-willed, or morally corrupt, may also be part of stereotyping.

Illusions of invulnerability, combined with the in-group’s unwavering belief in their own moral and ethical correctness, can lead to defective decision-making. It also causes group members to disregard any consequences for their actions.

The challenge for any team or group leader is to create a working environment in which Groupthink is unlikely to exist. The best way to avoid groupthink is to welcome healthy dissent and disagreement.

The composition of teams can make groupthink more or less likely. The more homogeneous a group, the more vulnerable it may be.

Enable the team to see and appreciate the value of diverse perspectives. Make an effort to understand each individual on your team and how they like to communicate so you can prompt them in that way.

Promoting cultural diversity in the workplace and hiring people with different backgrounds and identities, you’re allowing more “freedom of thought” within your workplace.

When people in groups have diverse backgrounds and experiences, they are better able to bring different perspectives, information, and ideas to the table. This enhances decisions and makes it less likely that groups will fall into groupthink patterns.

Meetings should never be a monologue or led by any one person – even the CEO.

Groupthink is a prominent problem that continues affecting businesses silently. However, by learning how to identify and act against it in time, you will be able to move forward and take your organisation forward.

“Leaders or impactful group members should create a safe space for discussion. They should be open to opposition to the group consensus, accept criticism, and encourage new ideas regardless of a person’s status within the organisation” (Janis, 1972, 1982).